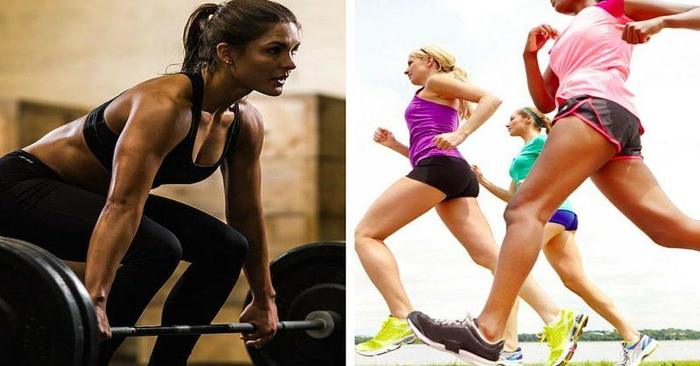 Have you ever sat back and wondered whether running or weight lifting can keep you young and vibrant? To be honest; many people never wish to get old.

It is for this reason that many individuals have tried physical fitness training as a way of slowing down the body’s aging process.

According to a study conducted by The European Heart Journal, there is a direct connection between aging and running.

As you will, later on, realize a study was conducted by researchers from Leipzig University, an institution of higher learning located in Germany.

The researchers, in their study, investigated 124 healthy volunteers who had at no point in time set foot in a gym before. They were all exposed to endurance, HIIT, and resistance training and below are the findings.

Each subject was randomly subjected to one of the three activities. The volunteers received training three times a week and for a whopping six months.

So, what did the training entail? HIIT, for instance, involved a lot of warming up and sprinting. Resistance training, on the other hand, engaged volunteers in a lot of weight exercises.

Volunteers subjected to endurance training had to go for long runs. The researchers, in their quest to find an answer, paid special attention to the cellular effects caused by HIIT, endurance, and resistance training.

Telomere length and telomerase activity were the points of focus in this study.

A telomere is a stretch of DNA commonly found at the end of our chromosomal matter. So important is the telomere that it protects our genetic data and makes genetic divisions possible.

Genetic divisions, to say the least, shorten the length of the telomeres. This process continues until the telomeres cannot shorten anymore. For the record, it is this shortening process that encourages aging.

However, endurance, HIIT, and resistance training are all you need to keep going. Regular exercises encourage telomerase production, an enzyme known to elongate the telomeres thus slowing down aging and the emergence of cancer, and cardiovascular disease.

Investigations showed that running increased telomerase production. The length of the telomeres also increased because of boosted telomerase activity.

Sadly, volunteers who underwent the resistance training program did not realize any results that are worth mention.

In short, researchers concluded that HIIT training is good for cellular aging and thus general body aging too. Exercise, by impacting telomerase activity and telomere length, reduces your chances of developing age-related diseases.

Dr. Christian Werner links the results of this study to evolutionary factors.

What exercise is good for your body?

Running is the best exercise you can ever have. That combined with muscle training can reduce your chances of aging including reducing the occurrence of sarcopenia.

Any exercise that challenges your physical abilities directly affects your body’s aging process. Therefore, it is only wise that you run for you to keep your body healthy, wealthy, and young.