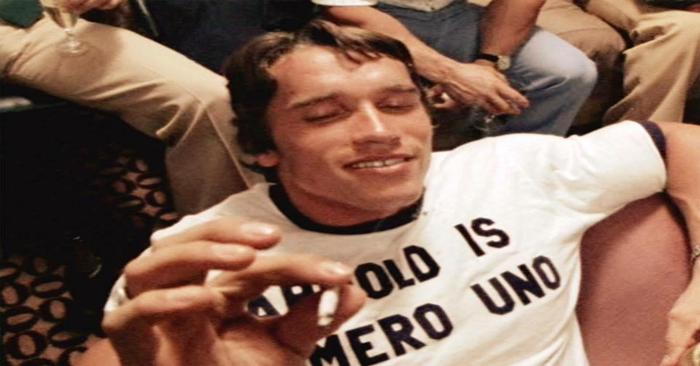 Does marijuana consumption affect hormonal production in your body in any way? That is one of the most challenging questions someone can ever ask you.

Let us face it. People love weed. As a matter of fact, over 35 million American nationals confess to having used marijuana at one point in their lives. So, why is weed so important to the consumer?

Marijuana use can be attributed to the immense medicinal and recreational benefits the product brings to the user. Anyhow, researchers and lobbyists are a bit skeptical about the herb because they believe that weed can cause cardiac illness, anxiety, paranoia, and the loss of reaction time.

How true the above-mentioned allegation stands remains a mystery. Marijuana connoisseurs, on the other hand, claim that cannabis use does not harm your body. As a matter of fact, the herb might help calm and relax your nerves after a long day in the gym.

Regrettably, gym enthusiasts are not always convinced by the many hype stories surrounding cannabis use. They for some weird reason believe that marijuana will do them more harm than good. In fact, many of them suggest that the herb impacts negatively on the user’s reproductive system.

It is with this in mind that we try to investigate the impact of cannabis on testosterone production.

What is Marijuana by Definition?

Marijuana is also known as Kush, Mary Jane, bud, herb, pot, weed, dope, cannabis, ganja, or bhang is a highly intoxicating substance extracted from the hemp plant. Apart from smoking, marijuana is also useful in the manufacture of:

Marijuana is packed with plant compounds that make it unique. To put your mind in the right perspective, some studies refer to Mary Jane as the ‘plant of the thousand and one molecules’.

Your nervous system is affected by THC fluctuations. Recall, this psychoactive compound triggers your mood-altering receptors hence the “high” commonly associated with marijuana use.

The receptors, once triggered, also result in a calming and relaxing mood. Cannabis users develop pangs of hunger that can only be quenched by consuming subsequent meals.

People in the medical world also appreciate THC and what it can do. Remember, the compound works best for patients suffering from Lou Gehrig’s disease, fibromyalgia, cancer, pruritis, insomnia, multiple sclerosis, and Alzheimer’s disease among many others.

Therefore, it is beyond the shadow of a doubt that THC is an excellent marijuana compound. Moving on, we can talk about cannabidiol (CBD).

CBD does not provide the kind of kicker witnessed when THC is in use. Anyhow, the compound, too, has its fair share of benefits. Research shows that CBD has anti-inflammatory, anti-convulsive, and anti-anxiety properties.

It is for this reason that CBD forms a significant part of chronic pain, arthritis, Parkinson’s disease, and neurodegenerative diseases treatment. People suffering from mood-related diseases also get to profit from the same.

To be blunt; there are many stories surrounding CBD use and what it can do for you but not all are true. For instance, some people say that CBD cured someone with severe arthritis of her illness. Unfortunately, there is no scientific evidence that can back this claim meaning you should not believe everything you hear.

Regardless, there are many CBD tests going on at the moment, tests that might reveal new benefits that can be traced back to the compound.

So, does Marijuana Affect Testosterone Production?

Mary Jane will soothe you after a long day at work; even help your body relax. Better still, weed might even energize you to take on more compelling tasks on a boring day. However, marijuana can also lower testosterone levels in your body, well according to some tests. For the record, marijuana contains THC, a compound famed for raising cortisol levels in the body.

Additionally, THC is an endocrine disruptor that lowers Testosterone levels and here is why. THC, once produced, blocks the release of GnRH, a compound that stimulates the release of the luteinizing hormone.

What results is a decline in testosterone production given that the luteinizing hormone is what triggers testosterone release from the testes.

The last clinical research on marijuana and testosterone was performed in the 70s. Marijuana use was allowed meaning consumers would use weed as they saw fit. A study conducted during that period revealed that testosterone production on the hard hitters was insignificant.

Non-users, on the other hand, recorded significant levels of testosterone in their bodies meaning that marijuana use impacted hormonal production negatively.

Test subjects in another study were asked to get high every single day and for the next 3 weeks. The results collected after the 3 weeks had elapsed shocked the world. There were no significant changes in plasma testosterone levels.

It is then that scientists concluded that testosterone production is not hindered even with chronic marijuana use.

Can stunted growth and boob development in men be traced back to marijuana use?

From a logical point of view, estrogen levels prevail when testosterone production is hindered. Anyhow, that does not mean you will develop man boobs just because the testosterone level in your body is below the recommended.

From the look of things, there is no direct link between marijuana use and testosterone production. Therefore, enjoy your weed when you can and for as long as you can.