How Vin Diesel Ditched The ‘Dad Bod’ And Got Jacked

It’s pretty well known that Vin Diesel is in shape. What may be lesser known (besides his real name which is Mark Sinclair) is that he wasn’t always the jacked action star that he is today. 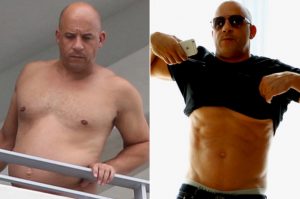 Believe it or not, Vin was once a little on the chunky side, now I’m not saying he was 400 pounds but he definitely wasn’t the buff behemoth he is today. 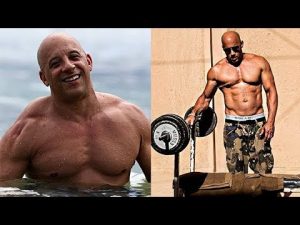 Let me put it to you this way, Diesel once played a character named “Fat Jackie” and that wasn’t an ironic name, Diesel was fat. He shed a bunch of weight, roughly 35 pounds, after that role so he could do roles like Riddick and Dom from the Fast and Furious movies and here’s how he did it.

He started working out… like, a lot. He even said that working out became his only sense of gratification, and it shows. It’s impressive to me because it’s one thing to put yourself out there to become a professional actor but to want something bad enough to drastically change and shape your body, honestly, I think it’s inspiring. Diesel went to work building muscle and shedding fat.

So, we all know the man has a chest like a slab of granite, but here’s how he got it. He would attack the bench press, incline press, decline, and push-ups. It’s not even that complicated. He just worked with the weight he was comfortable handling. Here’s what he did:

4 sets of 8 reps. He always ends each station with a superset, which is where you go until you just can’t go anymore. I think if it worked for Vin it will work for you too.

It could be safe to say that Diesel’s career would definitely not be the same if he didn’t lose those love handles.